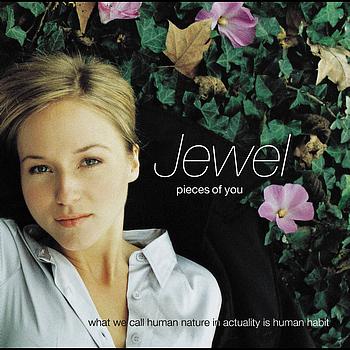 “Foolish Games” is a song by Jewel released as her third/fourth and final single, taken from her debut album Pieces of You. It was also the third single to be lifted from the Batman & Robin motion picture soundtrack. Jewel re-recorded the single for the soundtrack to produce a more radio-friendly version, similar to her other singles “Who Will Save Your Soul” and “You Were Meant for Me”. This versions is shorter than the album version by one verse, and also appears on the soundtrack of Batman & Robin.

The song details one’s frustration and agony of knowing that one’s lover does not care about them as much as they care for him.

The song parallels Bruce Wayne’s relationship with Julie Madison, as well as his friendship/partnership with Dick Grayson/Robin. The melodic line and chord progression of the verses in “Foolish Games” carry echoes of “Diamonds & Rust”, recorded by Joan Baez.

You took your coat off and stood in the rain,
You’re always crazy like that.
And I watched from my window,
Always felt I was outside looking in on you.
You’re always the mysterious one with
Dark eyes and careless hair,
You were fashionably sensitive
But too cool to care.
You stood in my doorway, with nothing to say
Besides some comment on the weather.

You’re always brilliant in the morning,
Smoking your cigarettes and talking over coffee.
Your philosophies on art, Baroque moved you.
You loved Mozart and you’d speak of your loved ones
As I clumsily strummed my guitar.

You’d teach me of honest things,
Things that were daring, things that were clean.
Things that knew what an honest dollar did mean.
I hid my soiled hands behind my back.
Somewhere along the line, I must’ve got
Off track with you.

Well, excuse me, guess I’ve mistaken you for somebody else,
Somebody who gave a damn,
Somebody more like myself.

You took your coat off,
Stood in the rain,
You’re always crazy like that.