Batteries Not Included is a 1987 family-science fiction film directed by Matthew Robbins about small extraterrestrial living machines that save an apartment block under threat from property development.

Batteries Not Included , A group of tenants in an apartment block are being forced to move out so that it can be demolished. The tenants are reluctant to move, so the developers hire a local gang to ‘persuade’ them to leave. Fortunately, visiting alien mechanical life-forms come to town. When they befriend the tenants, the aliens use their extraterrestrial abilities to defeat the developers. 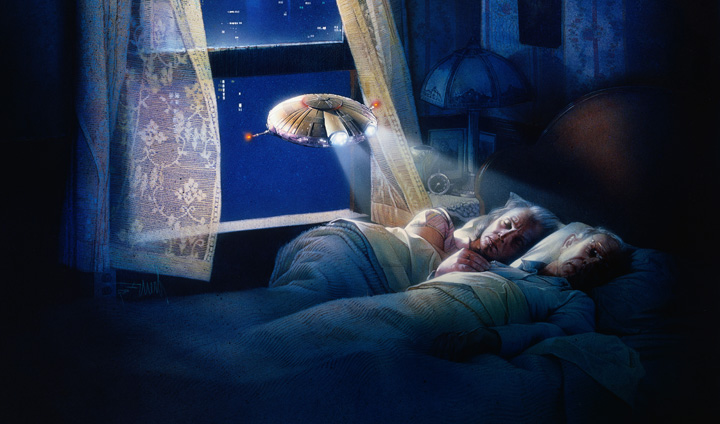