American mogul Robert Talbot (Rock Hudson) customarily spends the month of September in his lush Italian villa. But this year he arrives early and gets a surprise — his money-grubbing overseer has turned the villa into a hotel in his absence. Infuriated, Talbot is ready to kick his teenage guests out at first — until he unexpectedly takes on the role of chaperon. Meanwhile, the playboy fights to save his on-the-rocks relationship with feisty Italian Lisa Fellini (Gina Lollobrigida).

Bobby Darin and his orchestra – Come to September theme 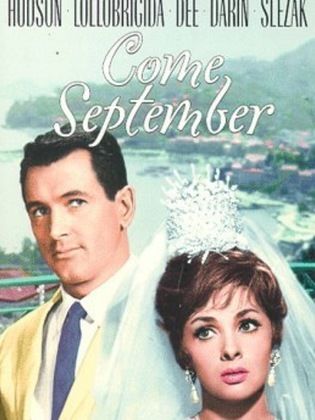