Four Weddings and a Funeral @IMDB

“Over the course of five social occasions, a committed bachelor must consider the notion that he may have discovered love”

Plot: The film follows the fortunes of Charles and his friends as they wonder if they will ever find true love and marry. Charles thinks he’s found “Miss Right” in Carrie, an American. This British subtle comedy revolves around Charlie, his friends and the four weddings and one funeral which they attend.

The movie also featured a soundtrack of popular songs, including “Love Is All Around” performed by Wet Wet Wet that remained at number 1 in the British charts for fifteen weeks and was then the ninth (now twelfth) biggest selling single of all time in Britain. 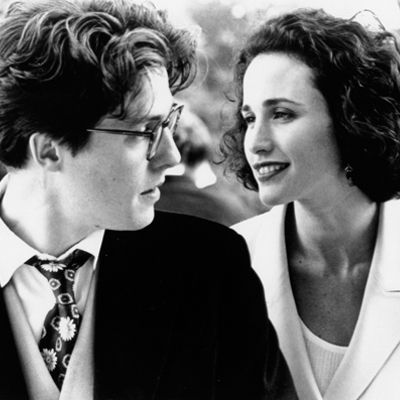 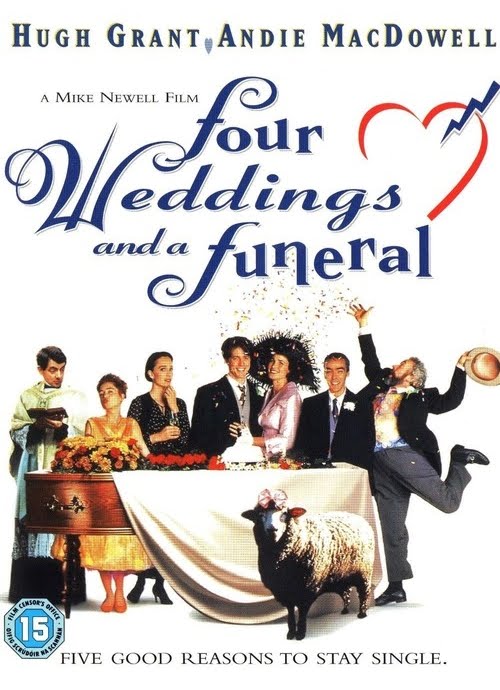 Memorable quotes  from the Four Weddings and a Funeral

Charles: Any idea who the girl in the black hat is?
Fiona: The name’s Carrie.
Charles: Pretty.
Fiona: American.
Charles: Interesting.
Fiona: Slut.
Charles: Really?
Fiona: Used to work at Vogue. Lives in America now. Only gets out with very glamorous people. Quite out of your league.
Charles: Well, that’s a relief. Thanks.

Charles: Perhaps we should’ve got married.
Henrietta: No! I’d have had to marry your friends, and I’m not sure I could take Fiona.
Charles: Fiona loves you.
Henrietta: Fiona calls me Duckface.
Charles: Well, I never heard that.

Old man: How do you do, my name is Charles.
Old man: Don’t be ridiculous, Charles died 20 years ago!
Charles: Must be a different Charles, I think.
Old man: Are you telling me I don’t know my own brother!
Charles: No, no.

Charles: Do you think there really are people who can just go up and say, “Hi, babe. Name’s Charles. This is your lucky night?”
Matthew: Well, if there are, they’re not English.

Tom: The great advantage of having a reputation for being stupid: People are less suspicious of you.

Father Gerald: In the name of the father, the son, and the holy spigot. Spirit!

Father Gerald: In the name of the father, the son and the holy goat. Eh… *ghost*.

Matthew: I remember the first time I saw Gareth on a dancefloor. I feared lives would be lost.

Carrie: Our timing has been very bad.
Charles: Yes it has been. Very bad.
Carrie: It’s been a disaster.
Charles: It has been, as you say, very bad indeed.

Charles: We were buying her a wedding dress.
David: Pathetic excuse. Who’s she marrying?
Charles: Some total penis.
David: What is it about penises that they get such great wives?