The story of the battle of Iwo Jima between the United States and Imperial Japan during World War II, as told from the perspective of the Japanese who fought it.

Plot : The island of Iwo Jima stands between the American military force and the home islands of Japan. Therefore the Imperial Japanese Army is desperate to prevent it from falling into American hands and providing a launching point for an invasion of Japan. General Tadamichi Kuribayashi is given command of the forces on the island and sets out to prepare for the imminent attack. General Kuribayashi, however, does not favor the rigid traditional approach recommended by his subordinates, and resentment and resistance fester among his staff. In the lower echelons, a young soldier, Saigo, a poor baker in civilian life, strives with his friends to survive the harsh regime of the Japanese army itself, all the while knowing that a fierce battle looms. When the American invasion begins, both Kuribayashi and Saigo find strength, honor, courage, and horrors beyond imagination.

from Wiki :
Letters from Iwo Jima (硫黄島からの手紙 Iōjima Kara no Tegami) is a 2006 war film directed and co-produced by Clint Eastwood, and starring Ken Watanabe and Kazunari Ninomiya. The film portrays the Battle of Iwo Jima from the perspective of the Japanese soldiers and is a companion piece to Eastwood’s Flags of Our Fathers, which depicts the same battle from the American viewpoint; the two films were shot back to back. Letters from Iwo Jima is almost entirely in Japanese, but was produced by American companies Warner Brothers, DreamWorks, Malpaso Productions, and Amblin Entertainment. After the box office failure of Flags of Our Fathers, DreamWorks sold the United States distribution rights to Warner Brothers, who had the international rights.

Letters from Iwo Jima was released in Japan on December 9, 2006 and received a limited release in the United States on December 20, 2006 in order to be eligible for consideration for the 79th Academy Awards. It was subsequently released in more areas of the U.S. on January 12, 2007, and was released in most states on January 19. An English-dubbed version of the film premiered on April 7, 2008. Upon release, the film garnered considerable acclaim and did much better at the box office than its companion. 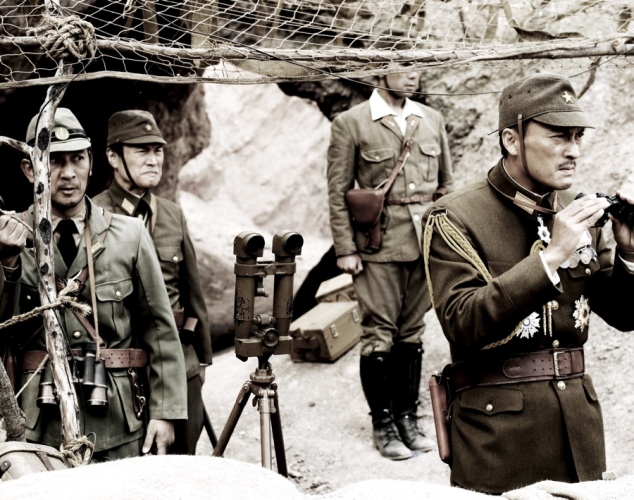