By kariyawasam
May 11, 2012
Hindi SongsSongsVideo

Taare Zameen Par (English: Stars on Earth) is a 2007 Indian drama film directed by Aamir Khan, written by Amole Gupte, and produced by Aamir Khan Productions. Gupte initially developed the idea with his wife Deepa Bhatia, who served as the film’s editor. Visual effects were created by Tata Elxsi’s Visual Computing Labs, and the title animation—the first use of claymation in a Bollywood film—was created by Dhimant Vyas. Shankar–Ehsaan–Loy composed the film’s score, and Prasoon Joshi wrote the lyrics for many of the songs. Principal photography took place in Mumbai and in Panchgani’s New Era High School, and some of the school’s students make appearances.

The film explores the life and imagination of eight-year-old Ishaan (Darsheel Safary). Although he excels in art, his poor academic performance leads his parents to send him to a boarding school. Ishaan’s new art teacher (Aamir Khan) suspects that he is dyslexic, and helps him to overcome his disability. The film made its theatrical debut in India on 21 December 2007, and UTV Home Entertainment released a DVD for Indian audiences in 2008. Less than two years later Walt Disney Home Entertainment released an international edition DVD titled Like Stars on Earth, marking the first purchase of distribution rights for an Indian film by a global company.

Taare Zameen Par has received numerous awards, including the Filmfare Best Film Award for 2008 and the 2008 National Film Award for Best Film on Family Welfare. It was India’s official entry for the 2009 Academy Awards Best Foreign Film, and the film’s failure to progress to the nominations short list sparked a debate about why no Indian film has ever won an Oscar. Media outlets made comparisons between Taare Zameen Par and the British drama Slumdog Millionaire, which won several Oscars that same year. 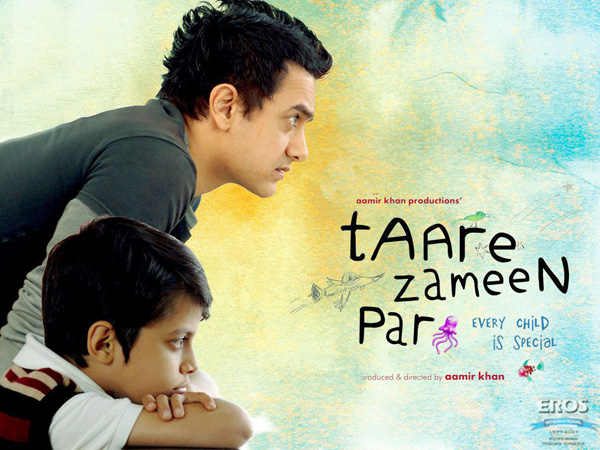 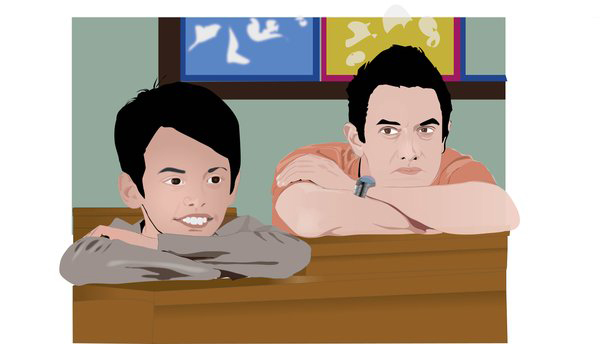 Yun To Main Dikhlata Nahin
– Though I’ve never shown it

Kya Itna Bura Meri Maa
– Am I that bad, my mom

Meri Nazar Dhoondhe Tujhe
– My eyes will look for you