A West Texas deputy sheriff is slowly unmasked as a psychotic killer.

Director: Michael Winterbottom
Writers: John Curran, Jim Thompson (novel)
Stars: Casey Affleck, Kate Hudson, Jessica Alba
Plot: Sadism and masochism beneath a veneer of revenge. Lou Ford is a mild-mannered sheriff’s deputy in a Texas oil town in the mid 1950’s. His boss sends him to roust a prostitute living in a rural house. She slaps him; he hits her, then, after daily sex for the next few weeks, he decides it’s love. She’s devoted to him and becomes his pawn in a revenge plot she thinks is to shakedown the son of Chester Conway, the town’s wealthy king of construction. Lou has a different plan, and bodies pile up as murder leads to murder. The district attorney suspects Lou, and Conway may have an inkling, but Lou stays cool. Is love, or at least peace, in the cards? 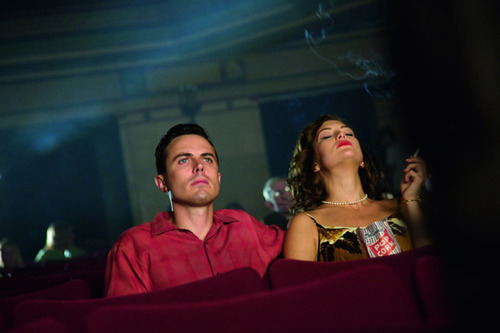