A man gets a chance to meet up with his dream girl from highschool, even though his date with her back then was a complete disaster.

Directors:Bobby Farrelly, Peter Farrelly
Writers: Ed Decter (story), John J. Strauss (story)
Stars: Cameron Diaz, Matt Dillon, Ben Stiller
Plot: Ted was a geek in high school, who was going to go to the prom with one of the most popular girls in school, Mary. The prom date never happened, because Ted had a very unusual accident. Thirteen years later he realizes he is still in love with Mary, so he hires a private investigator to track her down. That investigator discovers he too may be in love with Mary, so he gives Ted some false information to keep him away from her. But soon Ted finds himself back into Mary’s life, as we watch one funny scene after another. 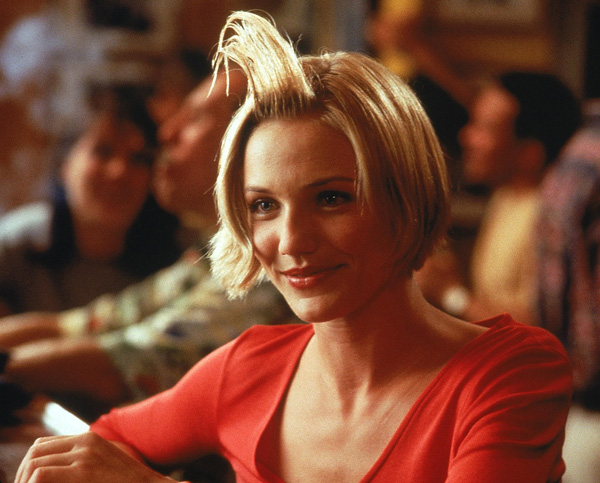