A conservative judge is appointed by the President to spearhead America’s escalating war against drugs, only to discover that his teenage daughter is an addict.

Director: Steven Soderbergh
Writers: Simon Moore (miniseries Traffik), Stephen Gaghan (screenplay)
Stars: Michael Douglas, Benicio Del Toro, Catherine Zeta-Jones
Plot: A modern day look at America’s war on drugs told through four separate stories that are connected in one way or another. A conservative judge who’s just been appointed as the US drug czar learns that his teenage honor student daughter is a drug addict. A beautiful trophy wife struggles to save her wealthy husband’s drug business, while two DEA agents protect a witness with inside knowledge of the spouse’s business. In Mexico, a slightly corrupt, yet dedicated cop struggles with his conscience when he learns that his new boss may not be the anti-drug official he made himself out to be. 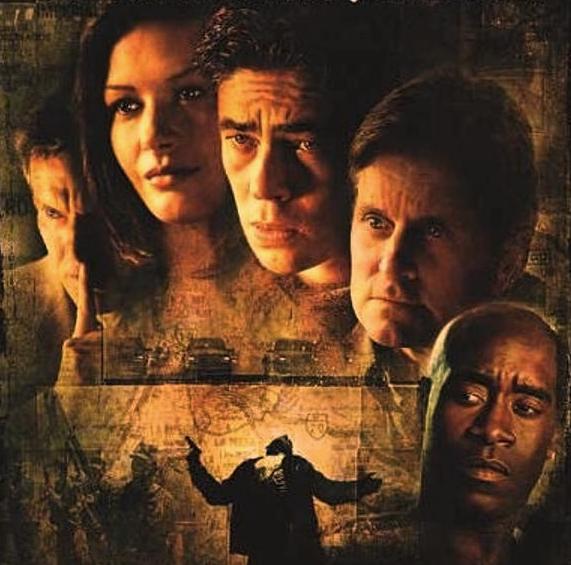