Apoorva Sahodharargal (Tamil: அபூர்வ சகோதரர்கள்) is a 1989 Tamil feature film directed by Singeetham Srinivasa Rao. It starred Kamal Hassan in triple roles, as a mechanic, a circus clown who is a dwarf and a police officer, along with Gouthami, Srividya, Manorama, Nagesh, Jaishankar, Nassar in main roles. Due to its mega success in the south, the film was dubbed into Hindi as Appu Raja (Hindi: अप्पू राजा) in 1990 and like the original, it was also successful to become one of the cult classics. 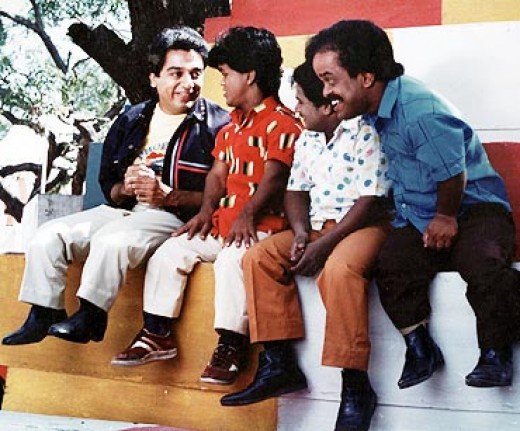